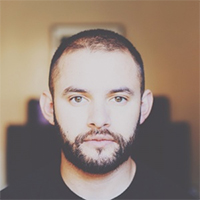 He met Lee Cadena shortly after graduating from high school in Valencia, Ca. After expressing his passion for music and the music industry, Lee took it upon himself to take Jose under his wing, exposing him to classic hip-hop, funk, soul and R&B as well as teaching him about the business of music.

Jose went on to study audio recording at CSUDH (California State University of Dominguez Hills). He graduated with a degree in Digital Media Art with an emphasis in audio recording.

His natural abilities and perseverance landed him a job right out of school at one of L.A.’s hottest recording studios, London Bridge.

In his first year, he has already recorded such artists as Fantasia, Marcus Canty, Keyshia Cole and Michelle Williams. He is well on his way to being sought after for his ear and audio recording skills.

He is also the recording engineer for The Lowrider Oldies Show w/ Lee Cadena and we are proud to have him on-board.