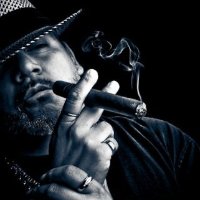 ee Cadena started his own DJ company at 15 Yrs old. By the time he was 18, he had the largest Latino owned mobile DJ service in West Michigan. At age 16, he was hired by industry great, Leighton Singleton (Polygram/Polydor/Platinum Ent.) for local record chain, Crazy Larry’s. He would soon become a manager/buyer there before moving into management at Believe in Music, a record store chain with 21 locations. A top club and mobile DJ in Grand Rapids, Mi., Lee was approached to mix at commercial radio in the early 80’s.

The success of his shows put him in as the morning show host at WKWM where in just a few years, he became the PD/MD through the guidance of now Sr. V.P. at Sony Music, Randy Franklin. Lee’s been awarded National Program Director of the Year and Music Director of the Year by both Impact Magazine and Urban Network Magazine. In 1995 he did overnights at KSOL, San Francisco. In 1996 he created and hosted the “Lowrider Oldies Show” on L.A.’s #1 station, Power 106fm. It was the most highly rated (Arbitron) #1 show in L.A., (its time slot) for 3 years. He then went to Q-104.7fm, Ventura and took the 10pm – 1am time slot from a 5.3 share to a 13.7 (Arbitron) in just weeks with his #1 show, “The Love Pad.”

Lee was National Rap Editor at Hits Magazine in 1995 and then went on to Urban Network Magazine as Rap Editor in 1996. While at Urban Network he created the CD series, “Rapology,” to promote new and upcoming hip-hop artists. Some of those first exposed through this program were, Self-Scientific, Talib Kweli, Mos Def, Lil’ Kim, Foxy Brown, Goodie MoB, Outkast, Black Moon, Ras Kass, Choclair, Kardinal Offishall, Styles of Beyond and Sick Jacken’s Psycho Realm and Street Platoon. He started 337 as a marketing and promotions company in 1997. He marketed artists such as Snoop Dogg, Kurupt, Big Pun, De La Soul, Mary J. Blige, Busta Rhymes, Ice Cube, Cypress Hill, The Roots, Warren G and countless others.

For his contributions and marketing savvy, Lee would go on to receive numerous commemorative RIAA certified gold and platinum awards. Lee Cadena Management was started by Lee as an artist management and development company in 1998. The first group he consulted was Xero, they changed their name to Hybrid Theory and Lee would introduce them at famous Hollywood spots like, The Whiskey, The Mint, The Roxy and The Troubadour. When the group got signed to WB, they changed their name once more to, Linkin Park.

His first R&B artist was Teena Marie. Lee took her from an 11 year hiatus and revamped her image and sound while keeping the integrity of Teena’s writing and vibe. He signed her to an unprecedented deal at Southern Rap Label, Cash Money Records/Universal. He A&R’d her CDs “La Dona” and “Saphire”. Her triumphant return her to radio and the public eye with the #1 single, “Still In Love,” led Teena to be nominated for two Grammys.

Lee is an avid collector of Funk, R&B and Soul. He still produces the “Lowrider Oldies Show,” available online and he edits/remixes classic Soul/Funk/R&B Rarities for DJs Worldwide. Lee Cadena (also known as Big Daddy Lee Almighty!) is a well respected music industry veteran based in the City of Lost Angels, Ca.